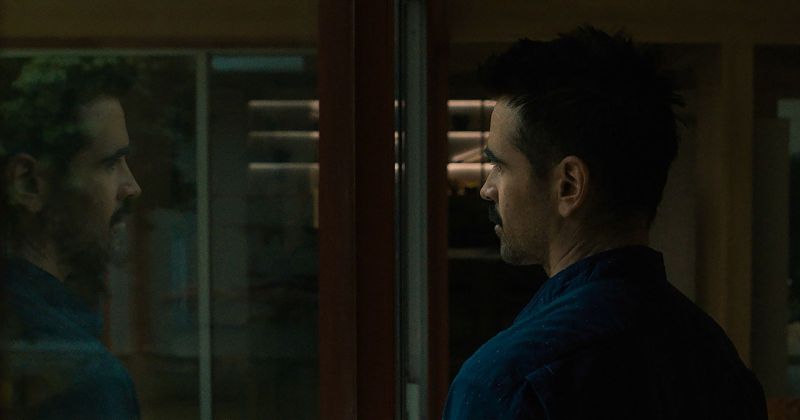 Perhaps more speculative than “Columbus” yet no less poignant, Kogonada’s second feature “After Yang” is the kind of cozy sci-fi marvel that can only be made by someone with an incorruptible belief in the life of objects and the humanity of all things.

The story, adapted from a wry piece of short fiction by the writer Alexander Weinstein, is a wisp of an idea that doesn’t amount to a plot so much as a prompt. At some unknown point in the near future, an android named Yang (Justin H. Min) stops working. Jake (Colin Farrell), the tea seller who bought the refurbished “technosapien” as a big sibling and cultural anchor for the young daughter he and his wife adopted from China, drags the uncannily lifelike machine down to the local tech center in much the same way someone might take a cracked iPhone to the Genius Bar, because that’s what you do when a piece of technology dies.

But replacing Yang’s role in Jake’s house won’t be as simple as buying a newer model. And when it seems clear that Yang may never come back online, Jake unexpectedly begins to mourn the robot’s loss in a very different way than one might grieve a broken toaster or a bricked laptop.

There’s a little more to it than that, as Kogonada digs some lovely rabbit holes of his own design and tunnels into soft pockets of memory only hinted at (if that) by the source material, yet this is still very much sci-fi at its coziest. Perhaps there will come a day when Kogonada is compelled to scale up his delicate brand of cinema without breaking it — to replace pillow shots with cranes — but the wistful beauty of “After Yang” is as rooted in its domesticity as the tree that grows in the center of Jake’s house is rooted to the soil below.

Through its hushed portrait of loss and reclamation, “After Yang” whispers a powerful fable about an all too present tomorrow in which people are more intimate with technology than they are with their own family. Few movies have ever felt so knowing or non-judgmental towards the love that we divert onto material things, and even fewer have so earnestly speculated that those things might be able to love us back.

Both a perfect complement to Kazuo Ishiguro’s novel “Klara and the Sun,” and an ideal alternative to the emotional brutality of Steven Spielberg’s “A.I.,” “After Yang” is a movie that seems like it was made by and for the sort of people who struggle to be present with their partners and children, but eagerly re-watch home videos of them whenever they’re alone. At the same time, the power of this story is also dependent on a refusal to downplay the positive role that digital technology can have when it comes to forging human bonds.

That aspect is front and center from the glorious opening credits, which introduce us to Jake’s family as they (and the rest of the cast) participate in a worldwide internet dance competition from the comfort of their living room. They’re all facing the screen instead of each other, but it’s something. And when Yang doesn’t stop dancing after the music cuts off, it’s also the first sign that something’s wrong. Jake doesn’t appear too bothered when Yang breaks completely — he’s lost in his tea, passively watching the leaves swirl from his empty shop as if waiting for them to reveal a secret instruction — but his wife Kyra (a watchful and furrowed Jodie Turner-Smith) recognizes that nine-year-old Mika (buoyant newcomer Malea Emma Tjandrawidjaja) is going to lose her mind. They buy her a pet fish while Jake takes Yang to a black market repairman who becomes overly interested in the android after seeing what’s on his hard drive.

Exuding a supernatural calm that balances encyclopedic knowledge with childlike wonder, Min makes a crucially lasting impression during the brief moments at the beginning of the film when his character is awake, but Yang’s absence — or his lifeless husk — displaces our attention elsewhere. We focus on the invisibility of the film’s future, which is sewn into Arjun Bashin’s soft and semi-androgynous costume design, reflected against the glass of Jake’s self-driving car, and troubled by glimpses of racial trauma (not only in a piece of anti-Asian propaganda, but also in Jake’s own bias against his neighbor’s cloned daughters). We fixate on how the film’s environments seem locked in a stalemate between nature and concrete, as hybridized a state of being as the more-human-than-human technosapiens that most people seem to have in their homes.

Most of all, if this critic can speak for those of us with a certain interest in Japanese cinema of the early 21st century, we obsess over a certain t-shirt that an extra wears in the background of a scene at a rock concert (Mitski may be dead by the time the movie takes place, but her voice endures). That detail may seem like a fun bit of fan service at first, but it soon proves to unlock an entire universe of memory, as Kogonada figuratively cracks Yang’s head open and starts to ask what a robot might find important amid the cosmos of data they perceive everyday.

How do we hold on to memories while keeping both of our hands free? If culture is constructed to the point that metal siblings can be created to contain it, what could be the purpose of recapturing Mika’s estranged cultural background? Every question that Yang poses is refracted through the other members of his family until the difference between programming and personal identity begins to blur, albeit not in a way that cheapens the value of either one.

Kogonada isn’t one to put too fine a point on things — another of the many graces he inherited from Ozu — but the touching sentimentality of this film’s second half doesn’t get in the way of his quiet inquiry into how people hold onto a concrete idea of themselves in such a non-homogeneous future. If anything,  “After Yang” is so light an experience that it can almost seem flavorless until the aftertaste hits, especially because Farrell’s sweet performance (a little desperate, a little amused) never rises above a fizz.

There are faint traces of the sardonic deadpan he brought to “The Lobster,” but the character actor phase of his career continues to reap unexpected rewards; Jake is ultimately a lens into something bigger, and Farrell lends him a stunted kind of intimacy that makes everything he looks at seem further away. It also helps that “Columbus” star Haley Lu Richardson — playing a role best not revealed here while sporting a look that seems to have anticipated Billie Eilish’s latest phase — eventually arrives to counter that energy with a palpable degree of closeness.

The film’s relationship between nearness and not — oneself and the other — is rich enough for “After Yang” to resonate well into the unspecified time period alluded to by its title. It’s tempting to wish that it were longer, or that it ever returned to the bombastic high of its opening minutes, but it’s in the space between that blast of noise and the numbness that follows where the movie finds its power. “There is no something without nothing,” Yang says, leaving you to wonder what part of you might be left when you can offload your most personal moments to the cloud. How are people expected to be present when robots contain all of our pasts? “Hey Yang!,” goes the first line of the film. “Don’t forget to join us.” If only it were so easy to remember.