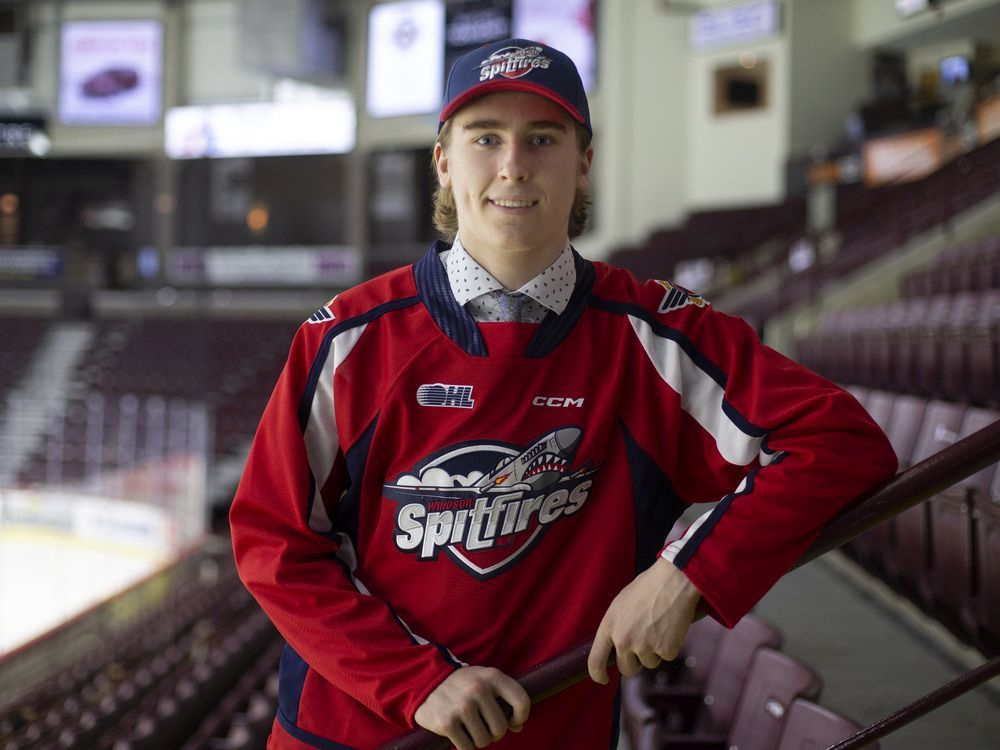 The Ontario Hockey League’s top offensive team needs to put some work in on defence.

The Windsor Spitfires escaped a run-and-gun battle with the Barrie Colts for an 8-7 road victory on Saturday, but the club was not so lucky on Sunday in a 9-5 loss to the Generals in Oshawa.

Sign up to receive daily headline news from the Windsor Star, a division of Postmedia Network Inc.

The next issue of Windsor Star Headline News will soon be in your inbox.

“(Sunday) was the first time in a long time I had a lot of emotion in the dressing room,” Spitfires’ head coach Marc Savard said. “Saturday was the one where you thought it happens once in a while and found a way to win and (Sunday) just buckle down, but there were glaring mistakes.”

Barrie was an honourable mention last week in the Canadian Hockey League’s top 10 rankings, which had Windsor at No. 9, but the Generals are struggling to get into a playoff spot in the Eastern Conference.

“I just think we took them lightly and they played a great team game and we didn’t give our best effort and it showed,” Spitfires’ captain Matthew Maggio said.

“It was a lack of commitment to defence and willingness to play the right way,” Maggio said. “We had a heart-felt talk after the game and know we need to really pick it up for the next stretch of games.”

Tecumseh’s Ryan Gagnier, Calum Ritchie and Ryder McIntyre staked Oshawa to a 3-0 lead after the first period against the Western Conference-leading Spitfires.

The Spitfires have plenty of offence to get back into a game and pulled to within two goals on four occasions, but miscues kept allowing the Generals to remain in control of the game.

“We know we have the group to come back, and we’ve shown all year we have to offence to never be counted out in a game, but I don’t think we played the right way trying to get back and it cost us,” Maggio said.

Rookie Liam Greentree got Windsor to with 3-1, but Luca D’Amato responded to restore Oshawa’s two-goal lead.

Maggio would score twice to move to the top of the league with 34 goals, but Stuart Rolofs and Dylan Roobroeck countered each goal and Joseph Serpa pushed the Oshawa lead to 7-3 after 40 minutes.

“Once in a while it will happen, but if we can all buy into team defence, we’re still going to score,” Savard said.

See also  ChatGPT a 'landmark event' for AI, but what does it signify for the foreseeable future of human labour and disinformation?

An Oshawa native, Greentree scored twice in a span of 26 seconds to pull the Spitfires to within 7-5 and notch his first career OHL hat-trick.

“Getting my hat-trick was so exciting and doing it in front of my friends and family, in my hometown, made it so special and will definitely be a core memory,” Greentree said.

Again, the Spitfires could not put any further pressure on the Generals, who got a pair of goals from Cameron Butler down the stretch, including one into an empty net, to seal the victory

“We’ll figure it out,” said Savard, whose team fell for just the fourth time in the last 20 games. “Everyone needs to have a look in the mirror. We’ll be fine here and we’ll tighten up defensively because we know we have to.”

On Saturday, Colton Smith scored the winner midway through the third period in a wild game that saw Windsor extend its winning streak to six games.

Brett Harrison scored his second career hat-trick and first with the Spitfires while recording a career-high five points. Rookie defenceman Anthony Cristoforo had the first multi-goal game of his career while also posting his first career four-point game.

Maggio and Alex Christopoulos also scored for Windsor while goalie Joey Costanzo made 31 saves to extend his personal winning streak to 11 games before taking the loss on Sunday.

The Spitfires played Sunday’s game with just 18 players, which is two under the game limit.

Defenceman Daniil Sobolev was out after suffering a lower-body injury in Saturday’s win against Barrie while forward Oliver Peer sat out Sunday’s game with an illness.

Forward/defenceman James Jodoin sat out the final game of a two-game suspension on Sunday for picking up his fourth fighting major this season.

The club reached down to its junior B affiliate to recall forward Wylie Birkett for Sunday’s game. A ninth-round pick by the Spitfires in 2020, it was the 18-year-old Birkett’s first game with the Spitfires this season.